I Love You Spike, I will never forget you, I will always be with you.

Spike had been sick for a couple of years but only got real bad the last couple of months, a week even it seems.  Bad enough to where I couldn't watch him suffer...

He was too good a boy to have to lay there panting hard, gasping for breath.  The Cancer had reached a point in his body where he really couldn't walk, it was a chore for him to go out to the gardens and back for a while, then we didn't even go that far.

Though it was obvious he didn't feel good for a long time, when I had to help him down the steps and hold him up so he could use the bathroom I knew it was a matter of a short time....

He had quit eating pretty much, and lost a lot of weight. His strength was failing and he began to look at me with pleading eyes to help him. On December 27th a little past noon, his physical pain ended via euthanasia.  It was a hard decision, even though I knew deep down it was the right one.

Spike was a tough dog, and he was my friend for 15 years.  In fact he had just had a birthday.  Now it was time to say goodbye, during Christmas at that. I churn through what if I'd shoulda done this or that, but I'd known for a little while, I was gonna lose my buddy.

6 months ago an experienced vet told me with how far advanced Spike's cancer was it was 6 months or so. Even two weeks ago, Spike was still very active, then he just went down.  I knew it was time.

My loyal friend went through a lot with me. I'll always blame myself for not doing Spike better, I tried to give him a good life but I didn't spend money with doctors or vets.  In the time Spike started showing signs of cancer till he died, early on his cancer may have been treatable....

All I had to give him was Love, he returned it a hundred fold.  I am blessed to have been able to take care of him, love him and share my life with him. I miss you my friend!

I Love You Spike!

Spike loved these Christmas Cakes I had in 2021, here is a picture of our last one we ate together...Little Debbies.... 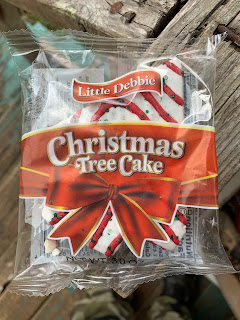 We had already tore through a box, and he liked them so much I could use a bite to bribe him to walk a bit the past few days. I saved the last cake for today. In the hour prior to the vet showing up, we shared a cake, as our final meal together.

I can only hope any of you have a friend like Spike was to me.  He wasn't just a dog or pet to me, his Spirit was strong and he had a somber remembrance, like the spirit you know, wherever you feel it.

Yesterday, we had our final walk through the garden, these are the final pictures of Spike 12-26-21, he was goofing a bit, wallowing in the leaves, he walked back to the house after I got out a Little Debbie's Christmas Cake out. 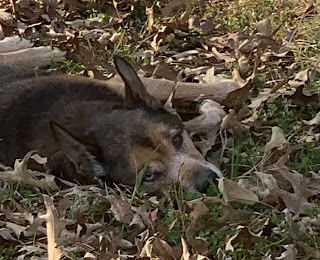 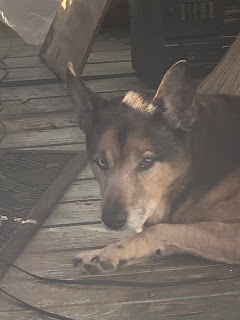 I want to thank everyone who has helped us over the years, there have been a few.  God Bless you!