Some of the better top notch technical progressive metal out there at the moment. Neo-classical fugues & the occasional psychedelia yearning, if the prog masters of old were beginning today, they'd be a lot like Deviant Process.

The fans though would definitely have to appreciate the hard-edge, because this band is it every turn of the corner. The Canadian's death metal growl is a wild animal on the prowl.  It's like a battling instrument amidst the whirlwind, as the band shows chops and composing skills far above many of their contemporaries.  At a few spots it runs into itself and runs off the rails a bit, but that makes it more exciting because you don't know wtf to expect.  It'll thrash a bit, rip a bit, jam a lot, take chances and experiment.

It's a well needed kick in the ass if you're tired of play by the numbers and want something unique and new.  For the heavier heads, this is it. 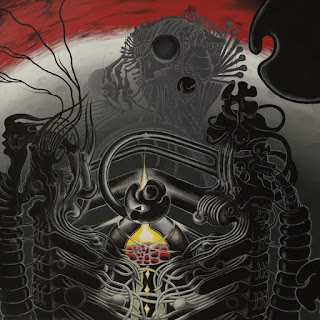