The future of this blog 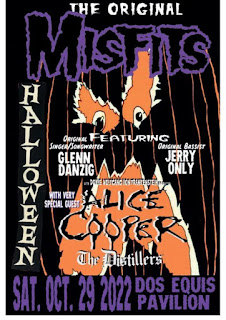 I've been pairing down quite a bit of stuff this year.  I don't do regular Trip 248's or Live At Underground Records anymore.  Primarily making time to work on more of my own music since I've got 100 times more than I've done in 40 years that has yet to be released.  This blog has been going on, used either sparingly or a lot over the years, for decades now. I thought about archiving the posts, which will definitely be done, and not doing new posts here anymore, retiring it, like other things I've slowed down or quit doing to free up more time for personal music. To start with I didn't use this blog much then for a while I used it quite often. It's served as an original sounding board to the A&R Report to a personal journal and relative publication to the Underground Sound, mostly used for reviews, all over the period of it's life.

What I will do with it I don't know.  Like the live shows, the mix shows and whatever else may be attached to the past I can't just stop them all together no more than I can just stop breathing until it's time. The reviews will revert back to being in the Zine more than separated and appearing here. Some may still show up here as well as an occasional article. The service has easy to use editing and controls offering simple, good looking markups.  The colors may be standard but it worked for me to create attractive published pieces. All in all it's something else to keep updated and active, so as my use here has slowed considerably recently, the Underground A&R Report, like the playlists, mixshows which followed the old Underground Records stuff when I did work for other bands in booking and distribution, has become part of the legacy of the whole.

The Underground Sound Webzine I'll still do, probably always will, it'll be the central vehicle for reviews, rants & articles here on in.  I've streamlined so I can get more promotional stuff from bands and labels in front of more eyeballs, because that stuff still pours in.  Being in the music industry for over 40 years, I quit looking at this as any type of business a long time ago, but the things I have done over the years have served to bring forth new stuff "up from Underground" as well as help some of us who've been around a long time remember and enjoy stuff from way back when up until the present, and what is to be seen and heard tomorrow.

The online offering now as you start in from the Underground Records dot org homepage through the non-passkey public entrance link is a different spotlight each hour, a forum section for talk about the bands I've seen, admired, listen to and worked with, the 21st Century Scroller over on Telegram lets me keep a home feed using even more of the promo stuff sent to me than ever and it's all tied in to The Underground Sound. That's enough for me to keep up with, as I work to get my songs recorded, and more stuff out, which was the whole reason for Underground Records to start with, a label and vehicle to market and promote my art in music & publication.

It's been a lot of things along the way. I hope some of you have enjoyed and are enjoying it.