Very solid rock album. The riffs sing loud and clear, singing in the vocals and pretty good ones at that.  Nothing overblown anyway around. You can hear the San Diego in the cuts with their laid back yet simmering tensions; that's Southern Cal for ya. Quite a times the leads rise above, and generally space is given a bargain, which does well in big beat type riff setups, stuff doesn't get too messy. The songs are strong as well on melody, which really is the added ingredient that makes the album overall.  It does get sparse in a place or two, though I'd say a full band set live would fix that up.  Standouts are title cut Flying Into Void as well as the following Buzzface. A good example of the mastery of space exists on Hidden Hills, power rock on Cut Teeth and the dangerous of complacency on Poison Eagle. Not a bad song on the record. 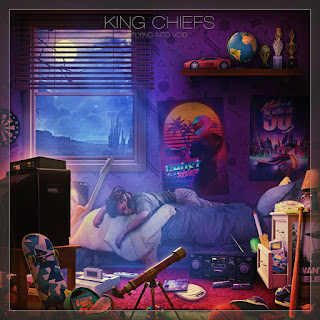